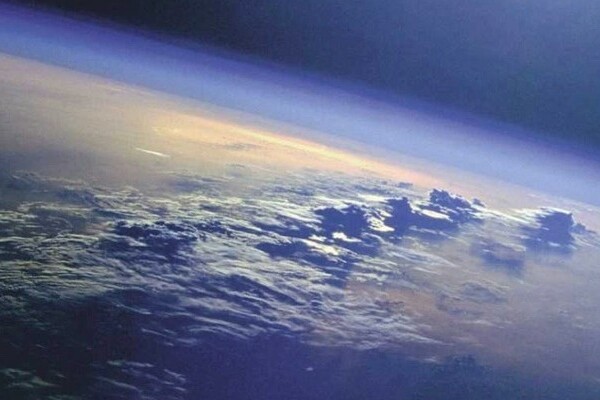 Reverence for Life is: APPRECIATING AND RESPECTING THE FINELY BALANCED CONDITIONS WHICH MAKE LIFE ON EARTH POSSIBLE
14 Sep 2020

Since space-travel has made it possible for us to see the earth as a floating sphere wrapped in a thin blanket of air we call the atmosphere, the fragility of this delicate, soft mantel has become visually accessible to us all. There is now no longer any excuse for us not to appreciate the importance of looking after this thin protective layer with the utmost care.

The finely balanced mixture of gases within this mantel and the highly intricate processes within it, which keep these in balance and capable of sustaining and nourishing life on the earth, make it very susceptible to disturbance by human activity, now that there are so many of us on this globe.

- Leaving enough ancient rain forests standing and intact to allow them to fulfil their function of acting as the lungs of the earth by supporting the oxygen/carbon dioxide exchange and fulfilling their role as major players in the earth’s rainfall and weather system.

- Desisting entirely from allowing C02 produced as an industrial byproduct or exhausted from transportation engines, from escaping into the atmosphere and causing an imbalance in the composition of gases which results in raising the temperature of the whole earth.

- Burning coal and oil only in the most exceptional circumstances, and even then, ensuring that the resulting smoke is thoroughly cleaned of all harmful byproducts before it is released into the air.

The sooner these measures are implemented, the sooner the atmosphere can start to cleanse and re-balance itself. The damage already done will take several decades to work its way through the system and the patient - earth - will get worse before it gets better.