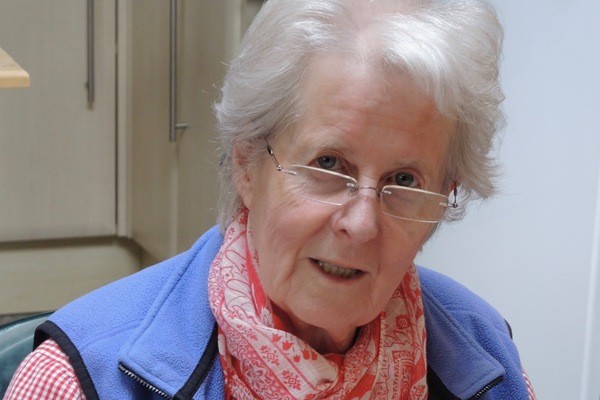 Trustee
About Our people Vreni Mark

Directrice of Maison Schweitzer in Günsbach   1987-89

I was born in Switzerland, where I also went to school and our teacher told us about Dr. Albert Schweitzer and his hospital in Africa. I had heard about him already from my parents who used to go to his organ concerts and heard him talk about Lambarene. Our teacher was also collecting money for the hospital and she had a box on her desk into which we could put our pocket money, which was then sent to Africa.

I was 8 years old then, and became very enthusiastic and started saying that one day I would also go and work at this hospital. I was amazed that somebody could give up their career and dedicate his life to go out to Africa and build a hospital to help reduce the suffering of so many people. I did not know then how I would do that, but it was always in my thoughts.

At the age of 19, I went for 3 years to the college for catering management, from where Schweitzer always recruited his household managers. I asked the director of the course to keep me on the register for a job in Lambarene. 3 years later I received a phone call from them asking whether I would be ready to go to Africa. I gave notice at the hospital where I was then working and travelled to Lambarene in September 1962. I had an amazing time and although it was very hard work, it was wonderful to be around Schweitzer every day. I could hardly believe, that my dream had come true. After 6 months Albert Schweitzer blessed my engagement to an Austrian architect called Percy Mark who was working there at the time and 6 months after that, when my replacement arrived, we were married and went to live in England. Some years later I joined the British Committee, organising events, talking to schools and travelling with the then president, Dr. James Witchalls, to various Symposiums behind the iron curtain (as it was then) as his interpreter and secretary.

After Schweitzer’s death in 1965, Mlle Ali Silver, one of Schweitzer’s trusted secretaries became Directrice at the Albert Schweitzer House and Museum in Günsbach. She had lived Reverence for Life to the full and I began to join her there in the summer to help with organ masterclasses. When she fell ill I went there as much as I could and was introduced to the ins and outs of managing such a house. My friend died early in 1987 and I then continued to do that job as well as I could with my family’s help. After a further two years I passed the job on to my friend Sonja Poteau, who had helped me during the times when I had to be back in England.

When I was helping Ali Silver in Günsbach, there were many visitors to the museum, especially in the summer and I would show them round and talk about Schweitzer’s extraordinary life, taking them through his rooms explaining things and trying to give them an insight into how he made his life his argument and an example of his philosophy. I hoped that maybe I was giving them something to take back into their own lives.

After my time as Directrice in Günsbach, I was again more active in our committee’s activities in England, with secretarial work, with my daughter, Fran, setting up material for schools, being in touch with school children and often talking at school assemblies, or with Percy giving talks about Schweitzer and his Philosophy. This was and still is a beautiful thing to do even now, though on a smaller scale.

For me the philosophy of Reverence for Life becomes very real when I’m with my plants in my Greenhouse and Garden. I love touching the earth, sowing seeds and seeing the tiny plants coming through and growing into something beautiful, either to eat or just to admire. I was in charge of the big vegetable garden in Lambarene, where everything grew very quickly. But already in my youth I observed my parents who were keen gardeners, and even though helping them was not always my favourite pass-time, I am grateful for all that they had planted into my heart and I can now apply in my own garden. Lambarene and working with Schweitzer and seeing Reverence for Life daily in action, caring for people, animals and plants was of course the biggest thing in my life and I am grateful for that to the end of my days.