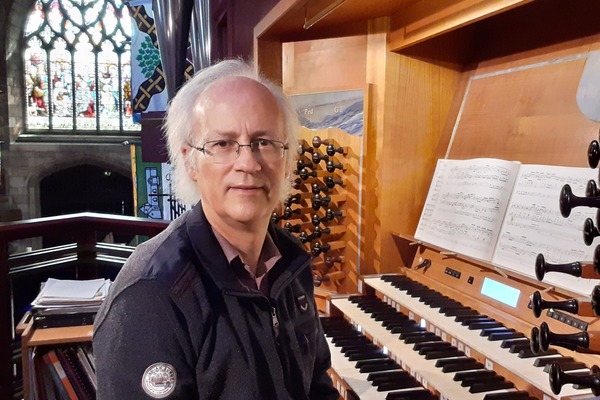 Trustee
About Our people Michael Harris

Organist and Master of the Music, St Giles’ Cathedral Edinburgh and Lecturer in Music at Edinburgh Napier University.

My connection with the work of Albert Schweitzer goes back to a first visit to Gunsbach in 1985 for the organ course run by Daniel Roth, where, coincidentally I also met my future wife, Brigitte.

Albert Schweitzer was a hugely significant figure in terms of ideas on organs and organ building, and his work on the music of J.S.Bach was ground-breaking.  As one of the fathers of the Organ Reform movement he has a central place in the history of twentieth century organ performance, and in one way or another has influenced many of us in the profession, directly or indirectly.

As Organist of St Giles’ Cathedral my work focuses on directing the Cathedral Choir, including in numerous recordings and broadcasts, both for Television and Radio.  The Cathedral Choir has visited the USA, Canada, France, Germany, Switzerland, Italy and Greece.

Solo organ recordings include a disc of the complete organ sonatas of August Gottfried Ritter, released in 2016. A disc of Scottish and French organ music, The Auld Alliance, recorded in St Giles’, was also released in summer 2016. The Cathedral Choir has made a series of CD recordings, on St Giles’ own label, Aegidius; their latest recording, Laudate Dominum AGD 004, was released in June 2018.

Away from home my concert activity has included many venues in Germany, Belgium, Italy, Norway, Poland, USA, Australia and New Zealand, as well as in the UK.

My particular interest is in organ and choral education; part of this has included a number of study tours to Germany, with a focus on the organs of Thüringen and Saxony.