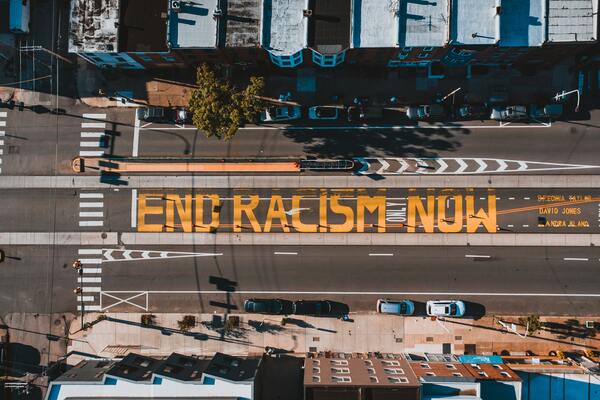 The Shadow of Colonialism

Many organisations and institutions which date from a time of colonialism or which have links to colonialism in some form, are now reflecting on their histories and taking active steps towards decolonisation and understanding what this means for future actions.
Albert Schweitzer was born in 1875, at a time when the view of white people as a superior race was all too common. Much has been written about Albert Schweitzer the man, the philosopher and of course, the doctor who went to Africa in 1913. He went with the hope of doing something practical to help communities survive the myriad of illnesses that plagued the African continent at that time.

In recent years there have been many who have reflected on Schweitzer’s legacy and have, in part, found in it, a view of history that does not sit well with our modern perception of the world. Although he tried in his work to right the wrongs of colonialism, at times, he adhered to paternalistic racism towards Africans which must be criticised.

As a charity that has been personally connected with Albert Schweitzer and his ethics of ‘Reverence for Life’, we have tasked ourselves to try and understand how we can continue the positive work we believe ‘Reverence for Life’ seeks to achieve whilst acknowledging and learning from the mistakes of the past.

During this process, there have been some of Schweitzer’s writings that have been particularly challenging to address. Though there are cases where Schweitzer’s own writings appeared to have been taken out of context and in one case, seem to have been re-written to support a very different ideology altogether, there are, undoubtedly, texts in which Schweitzer refers to Africans as a brother but a younger brother or at other times as lazy. As a charity, functioning in 2022, we do not condone this language or view and recognise that the words he wrote are inappropriate and unjustified.

In our discussions, Reverence for Life UK has concluded that Schweitzer was, as we all are, a product of the time and the environment that he lived in. His thoughts and how he expressed them, the use of vocabulary in his writings and the way he recalled his experiences in Africa, detailed the reality of life there as a man who grew up in the 1800s. However, though this fact may explain his language it does not excuse it.
The Black Lives Matter movement has shone a light on the need for society to become more inclusive and move towards a positive era of ‘One Humanity'. Reverence for Life UK acknowledges the total un-acceptability of racism in all its forms.

Albert Schweitzer’s life encourages us to challenge our own biases and internalised racism to try and combat inequalities. The old colonial system that he grew up in and then lived and worked in has no place in our society. The desire to help all of humankind and the planet we live on lies at the heart of what Reverence for Life UK stands for and is at the heart of our commitment to the work we do and how we do it.

We have concluded that the kernel of what drove Schweitzer to dedicate the majority of his life to achieve is still what is most important about the man he was and the work that he did. He gave his unerring service to the sick in one of the poorest parts of Africa and publicised the conditions there to the whole world, pleading the case of humanitarianism in all its forms. He wanted to make lives better through medicine and in doing so discovered a truth and a philosophy in Ehrfurcht vor dem Leben (Reverence for Life), which is as relevant today.

We are committed to continuing to support all humankind in our work. We understand that to change society, we must take decisive moves to decolonise our actions and fight racism and inequality. For examples of how we reflect this position in our work, please visit our project page.